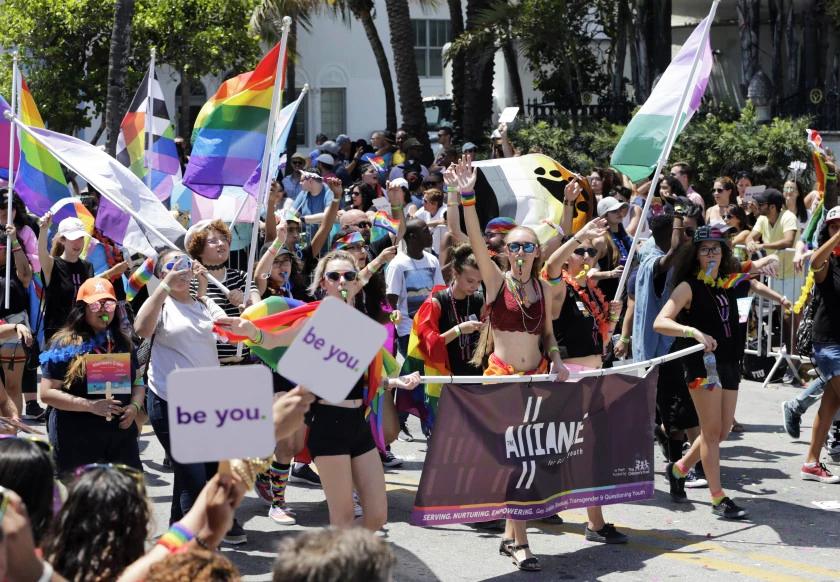 Anthony Izaguirre and Lindsay Whitehurst report for the Associated Press on an effort in Florida’s Republican-controlled Statehouse to prohibit schools from “encourag[ing] classroom discussion about sexual orientation or gender identity.” The writers note that the legislation, officially titled “Parental Rights in Education” but referred to by opponents as the “Don’t Say Gay” bill, has emerged as a result of the current discourse surrounding how U.S. schools should teach about race, gender and history. Similar laws have played out negatively across the country; in Utah, a student was told he could not do a family-history project on his uncle who was gay. Brooke Migdon for The Hill reports that the bill passed the House Education and Employment Committee on January 20, largely along party lines. PRRI research from March 2021 has found that majorities of all partisan groups favor LGBTQ discrimination protections, though Democrats (85%) and independents (78%) are more likely than Republicans (62%) to favor protections.

Brookings FixGov: To Protect Democracy, ‘Elections Must Be Decided by Majority Vote’

Michael Hais, Doug Ross, and Morley Winograd for The Brookings Institute’s FixGov blog recently opined on the 2022 midterm elections in light of the multitude of crises currently at play in the nation. They argue the “future of democracy goes well beyond the fortunes of a single political party” and that maintaining the integrity of our elections is separate from partisan affiliation. Additionally, the piece cites Brookings’ joint research with PRRI, which found about two-thirds of Americans (65%) believe that the country is stronger because it “has a diverse population, with people of many different races, ethnicities, religions, and backgrounds,” including 40% who say it makes the country “much stronger.” A strong majority (75%) agree with the statement, “It is still possible for the U.S. to achieve the ideal of our national motto ‘E Pluribus Unum’: ‘From many people, one,’” and that support holds regardless of party, religious affiliation, race, education, gender, region, or area of residence. They argue that applying these beliefs to elections makes for a simple, clear message: “To protect democracy and the voice of the American people, elections must be decided by majority vote.”

Religion News Service Senior Columnist Jana Riess recently wrote about PRRI Public Fellow Tyler Lefevor’s study on how leaders of the Church of Jesus Christ of Latter-day Saints should approach members of the LGBTQ community. Lefevor’s work examines a 25-person subset of a 10-year longitudinal study of 370 SGMs (Sexual and Gender Minorities) comprised of current and former Latter-day Saints in the United States. Roughly half were currently active in the church, while the other half were not. Reiss noted key takeaways from Lefevor’s work, including the fact that nearly nine in ten participants said the advice they received was to avoid same-sex relationships if they were gay, or gender transitions if they were gender nonbinary. In addition, many bishops, stake presidents and mission presidents seem largely unprepared for conversations with SGMs about sexuality. Many of the study participants, she said, were seeking emotional comfort and validation; to that end, many members reported positive experiences, saying they had won “bishop roulette” and felt satisfied with their interactions with church leaders. In one positive interaction noted in the study, a bishop told a participant, “You’re a great missionary, you’re a great person. You can go home, you can figure it out. Whatever happens, I’ll always be in your corner.” PRRI’s American Values Atlas found broad majorities of all major religious groups favor nondiscrimination protections for LGBT Americans, including 78% of Latter-day Saints.