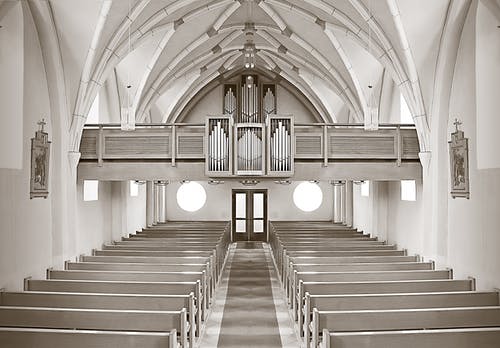 President Trump Has Words for ‘Mourning in America’

The Lincoln Project, an anti-Trump Super PAC, earned the ire of President Donald Trump with the release of their new ad, “Mourning in America.” The ad details the number of deaths that have occurred due to the coronavirus pandemic, and juxtaposes those numbers against rising unemployment. “You see, these loser types don’t care about 252 new Federal Judges, 2 great Supreme Court Justices, a rebuilt military, a protected 2nd Amendment, biggest EVER Tax & Regulation cuts, and much more,” Trump tweeted in response. PRRI’s latest data shows Trump’s national favorability rating at 43%, down from 49% in March.

The Department of Justice will back the Lighthouse Fellowship Church after the Virginia parish sued Gov. Ralph Northam over his stay-at-home order which restricts in-person religious gatherings. “The Commonwealth cannot treat religious gatherings less favorably than other similar, secular gatherings,” G. Zachary Terwilliger, U.S. Attorney for the Eastern District of Virginia, explains. Lighthouse’s Pastor Kevin Wilson was issued a criminal citation and summons after defying the order and holding Palm Sunday mass in April to a small group of congregants. PRRI data shows that only about one in five (21%) Americans favor allowing churches and religious organizations to hold in-person services even when the government has issued a stay-at-home order.‘Chinese Virus’ Term Already Piercing 2020 Election Strategies
In The Washington Post, Henry Olsen looks at how Americans’ opinion of China and the coronavirus will impact the 2020 election. President Trump’s campaign and other Republican candidates are increasingly blaming China for problems stemming from the coronavirus pandemic. “Texas candidate Kathaleen Wall has perhaps the most over-the-top ad, featuring arrows with the words ‘Chinese virus’ flying across the Pacific to invade the United States,” Olsen writes. PRRI data shows that Fox News viewers who heavily favor President Trump are the most likely to already be using “Chinese virus” as part of their vernacular. More than one in four (27%) of those that most trust Fox News say that the phrase is most accurate, including 30% of Republicans who most trust Fox News.

A group of faith leaders in Houston from different religious denominations have taken to the pages of The Houston Chronicle to ask Houstonians to share their stimulus checks with refugees. Rt. Rev. C. Andrew Doyle, Rabbi Oren J. Hayon, Sheikh Joe Bradford, and Venerable Hung-I call upon the community to help aid local refugees with money from the government payments. “All faith traditions share the common tenet of ‘welcoming the stranger.’ That is why, for decades, the faith community has supported refugees,” the religious leaders write. According to the piece, many Houston refugees are without work due to the pandemic. For those who receive the $1,200 stimulus check and may not need the funds due to wealth or ample savings, the leaders hope they may help a refugee in a time of need.

A recent piece in the Religion News Service looks at PRRI data to illustrate whether President Trump is bound for re-election in 2020. According to writer Jana Riess, there is growing evidence that Trump could be in for a tough 2020 campaign. “No incumbent has ever won the presidency with such low overall job approval ratings. The very highest approval rating Trump has ever managed is 49%, according to Gallup. But the lowest that was ever received by an incumbent who went on to win re-election was 50%. If history is a reliable measure (and is it ever, with Donald Trump?), the president has an uphill road ahead in cracking that 50% barrier,” she writes. PRRI data shows that Trump’s high-water mark of national favorability occurred in March with 49% of Americans. By April, that number dropped to 43%.