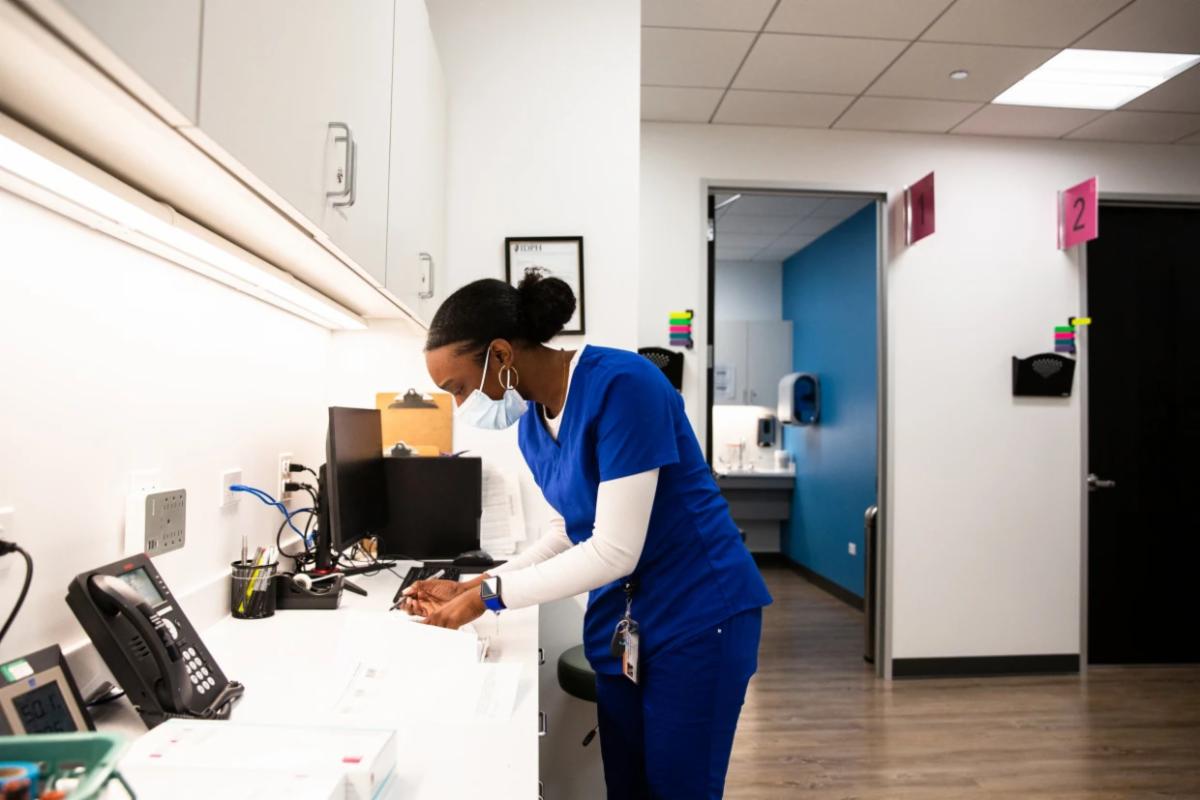 Leigh Ann Caldwell and Theodoric Meyer write in yesterday’s Washington Post Early 202 newsletter that democrats on the hill and abortion advocates are now urging President Biden to declare a national health emergency in order to increase financial resources and flexibility in states that continue to allow access. According to Planned Parenthood of St. Louis’ Bonyen Lee-Gilmore, a clinic 13 miles over the southern Illinois border is now treating women throughout the Midwest and expects 14,000 additional patients this year. The clinic is already seeing a 52% increase for abortions after 12 weeks because patients have to travel further to get to a clinic. The authors note that if an emergency declaration is put in place, federal funding could be redirected and used for travel expenses for patients.

An NPR/PBS NewsHour/Marist poll fielded after last week’s U.S. Supreme Court decision found that 87% of Americans opposed allowing states to prosecute women who travel to another state to obtain a legal abortion. “The coming months will provide a clearer sense of Americans’ reaction to the decisions beyond polls,” Caldwell and Meyer write, citing an upcoming Kansas referendum that would amend the state’s constitution to explicitly authorize abortion restrictions. A 2018 PRRI poll suggested that Kansas was split on whether abortion should be mostly legal or mostly illegal, and the margin by which the amendment passes or fails will be an important signal of voters’ reactions to the Roe decision, they write.

J.D. Long-García for America: The Jesuit Review of Faith & Culture analyzes demographic shifts within the nation’s Roman Catholic churches, and how it may impact the denomination. He writes that Latinos account for more than 40% of Catholics overall and that most Catholics under 30 trace their roots to Latin America. According to the U.S. Catholic Conference of Bishops, most Catholic Latino families speak both English and Spanish at home. Darius Villalobos of the National Federation for Catholic Youth Ministry stated: “Good ministry with Latino young people needs to take that language question seriously. We’re trying to build some bridges between generations, between cultures and between religious experience.”

The attention to this issue is driven by the amount of young people leaving the church. According to PRRI, 36% of Americans ages 19 to 29 do not associate with any particular religion, a number that has dramatically increased from 23% in 2006. Martin Soros, an 18-year-old who has worked within his community on this issue, said that polarization within the church is a major problem. “For every millennial that comes in, six leave,” Mr. Soros said. While a third of Americans report being raised Catholic, only 21% now identify as Catholic, according to a 2016 PRRI study on the disaffiliated; the study reported that 62% of those who left their childhood religion did so before turning 18.

Lori Rozsa for The Washington Post reports that a Florida judge yesterday blocked a new law to ban abortions after 15 weeks of pregnancy, set to take effect today, because the measure violates the privacy provision of the state’s constitution. The state is planning to appeal to the Florida Supreme Court, where Gov. Ron DeSantis has appointed three of the seven justices. Rozsa underscores that Florida is expected to emerge as an epicenter of the state-by-state fight over the issue.

Patricia Mazzei for The New York Times highlights that Florida currently allows abortions until 24 weeks, “making the state a refuge for women seeking the procedure from across Southeastern states with tighter restrictions.” Mazzei also explains that similar legal fights are playing out in other states, with various plaintiffs claiming that their own state constitutions provide specific protections for abortion. PRRI research found that the South is the only region in which majorities of most states’ residents do not support abortion legality. Florida (56%) and Virginia (51%) are the only Southern states where majorities of residents say abortion should be legal in most or all cases.