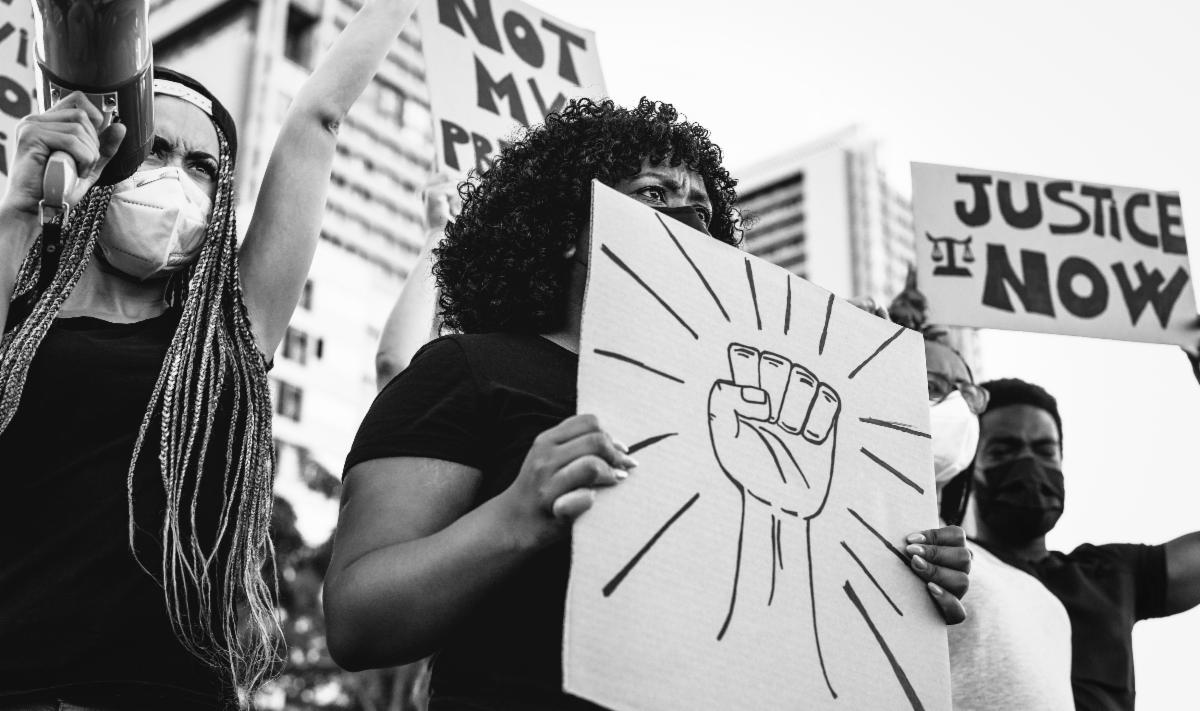 Changes in Views Over Racial Injustice During Summer 2020 Short-Lived

A new spotlight analysis authored by PRRI Research Associate Diana Orcés examines the movement of opinions on racial justice issues in the aftermath of widespread national protests in the summer of 2020. In terms of systemic racism, the findings show that “Americans continue to be polarized along partisan and racial lines, and white Americans view the issues quite differently than all other Americans,” Orcés writes.

PRRI Research Director Natalie Jackson writes in a new spotlight analysis that, while support for LGBTQ nondiscrimination protections and same-sex marriage has increased over the past few years, the support fluctuates dramatically based on specific issues. “For example,” she writes, “50% of Americans oppose ‘bathroom bills’ that would require transgender people to use the bathroom of their sex at birth. Support for transgender youth participating in sports of their gender identity drops to under half for transgender boys (46%) and just over one-third (36%) for transgender girls, with majorities opposed to each.” Jackson refers to this mixed state of support as being “cross-pressured.”

Interestingly, many Americans support nondiscrimination protections but also oppose allowing transgender girls to participate in girls’ sports, and this dichotomy is reflected across several transgender issues. Jackson writes that all subgroups including Democrats, young people, those with a college education or higher, and women, are cross-pressured (at least one-fourth or more), but that by partisanship, Republicans and independents are much more likely than Democrats to be cross-pressured. This is exemplified in the following data point: Majorities of Republicans (56%) and independents (57%), along with three in ten Democrats (31%), support nondiscrimination protections but oppose allowing transgender girls to participate in girls’ sports, with similar trends on related issues. Categorically, cross-opinions are most prominent in the 50-64 age group, with a declining likelihood to be cross-pressured as respondents get younger. Even so, Jackson notes that at least a quarter of young Americans report cross-opinions.

NPR Senior Editor Ron Elving writes about the need to improve the means of administering the nation’s democracy against the backdrop of deepening partisan polarization and the resulting unrest: “We need new mechanisms to reform, if not replace, the kinds of democratic processes we have. And efforts to find better processes are underway around the country, starting with the party primary system, which is a big reason the extremes tend to pull the parties further apart.” Primary voting is typically driven by ideology, Elving says, which creates a system where moderate candidates who represent a majority of citizens are at a disadvantage. Elving suggests that ranked-choice voting would offer a possible solution, which can be understood via the special election for Congress in Alaska this year.

Under the current system, there is much less incentive to reach voters who fall between the ends of the political spectrum. Researchers have charted “how the parties’ nominees for Congress have become more ideological and further apart” over the last 40 years, Elving writes. A recent poll found that 42% of Americans identified as independents—with 29% identifying as Democrats and 27% as Republicans. Elving argues that the growing partisan gap is impacting aspects of our shared national lives. He cited PRRI data finding that Americans were more likely to object to their children marrying someone from another political party than to someone from a different religion or race.