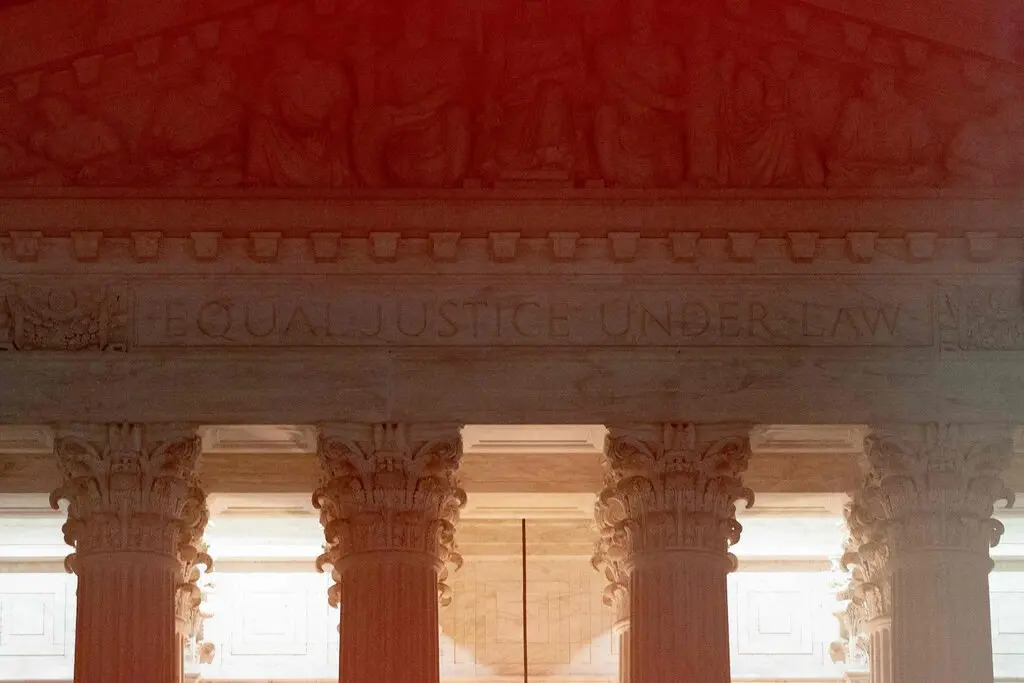 Lauren Jackson for The New York Times recounts the past week as a parallel to 1973 America: “The United States withdrew, defeated, from a protracted, brutal war; debated the right to an abortion in the Supreme Court; and weathered a tense geopolitical standoff with Russia, with no end in sight.” She explores the connection between the right to abortion and the state of women’s rights today. Although one study finds that majorities of women across age groups (61%) say “feminist” describes them at least somewhat well, Jackson proposes that it doesn’t necessarily correlate directly to political, social, or economic equity. She highlights the notion that, based on current data, gender equality in the highest positions of power will not be reached for another 130 years. While women around the world have more legal rights than they have ever had before, on average they still only have three-quarters of the legal rights of men, she notes.

In an interview defending the Mississippi case at the heart of the leaked decision, state Attorney General Lynn Fitch echoes a theme in the draft opinion that pregnancy and motherhood, as well as the costs associated with it, are not as cumbersome as they once were: “[Now] you have the option in life to really achieve your dreams, your goals, and you can have those beautiful children as well.” Conversely, Princeton African American studies professor Keeanga-Yamahtta Taylor argues that focusing on women’s gains are “detached from reality during a pandemic that has been exceptionally brutal for women.” PRRI research found that a broad majority of Americans oppose overturning Roe v. Wade (61%) and just over one-third (36%) support it. Women (52%) are more likely than men (44%) to say they don’t know what will happen if the landmark Roe ruling is overturned.

The Racist Roots of the Anti-Abortion Movement

Amanda Marcotte for Salon presented examples of American evangelicals fueling the myth that the 2020 election was stolen from former President Donald Trump, as well as instances of the extreme attitudes some evangelicals hold. Pastor Hank Kunneman of One Voice Ministries is quoted as stating on a live Facebook broadcast to an audience of over 300,000 followers, “There is a payback coming,” while also saying President Joe Biden, who he said has a “demonic agenda,” belongs in prison for treason. His message is echoed in evangelical churches throughout the country. On the anniversary of the January 6 insurrection, another Salon writer reported that allegations about the “stolen” election were “nearly inseparable from messages of apocalyptic faith.” PRRI research found that a majority of white evangelical Protestants (60%) and around four in ten white Catholics (40%) and white mainline (non-evangelical) Protestants (37%) believe that the election was stolen from Trump.

In addition to evangelical leaders perpetuating the “Big Lie” by claiming the election was fraudulent, physical voting systems have been challenged in racially diverse cities, while officials in more than 40 states have written more than 250 bills to restrict ballot access that Marcotte says marginalizes voters of color. Based on this, she concludes, “The Big Lie is about preserving white supremacy, even if the cost is ending democracy.” Dartmouth historian Randall Balmer has documented how leaders on the religious right like Jerry Falwell purposefully shaped their movement as both anti-abortion and anti-LGBTQ, though it really began as a pro-segregation movement. Anthea Butler, author of “White Evangelical Racism: The Politics of Morality in America,” explained the history of the evangelical movement: “There’s a prevalent belief around evangelicalism that the movement was formed in the 70s in response to Roe v. Wade,” Butler stated. “It wasn’t abortion that fired them up—it was integration, taxation, busing, and similar issues.”

Pro-Choice Clergy on the Front Lines

Bob Smietana and Alejandra Molina of Religion News Service examined how pro-choice clergy have responded to the possibility of a reversal of the landmark Roe v. Wade decision. In Texas, where the Heartbeat Act has already complicated OB/GYN care, Rabbi Kelly Levy said she has been helping pregnant women travel out of state. “For thousands of years, Jews have supported medical access to abortion,” she stated. Similarly, the Rev. Daniel Kanter, senior minister of a Dallas Unitarian congregation who founded a multifaith chaplaincy group serving a local abortion clinic, said that clergy will continue to help women get safe and legal abortions in New Mexico if Texas’ trigger law forces the clinic to close. “Nothing about this law makes it illegal to help someone get an abortion in another state,” he said. There are currently 13 states that have enacted a trigger law, Tennessee and Texas both included, in which abortion bans would go into effect immediately or soon after a Supreme Court decision overturning Roe v. Wade.

The Rev. Katey Zeh, CEO of the Religious Coalition for Reproductive Choice, said Roe being overturned could lead to groups such as the Clergy Consultation Service (CCS) being reinstated. The CCS, started by Christian and Jewish clergy, helped women find safe abortions in the late 1960s and helped as many as half a million women, Zeh stated. According to March PRRI data, nearly two-thirds of Americans say abortion should be legal in most or all cases (64%). Among Christians, white evangelical Protestants remain the substantial outliers with 30% saying abortion should be legal in most or all cases, compared to a vast majority of all other religions, including even 52% among Hispanic Protestants.