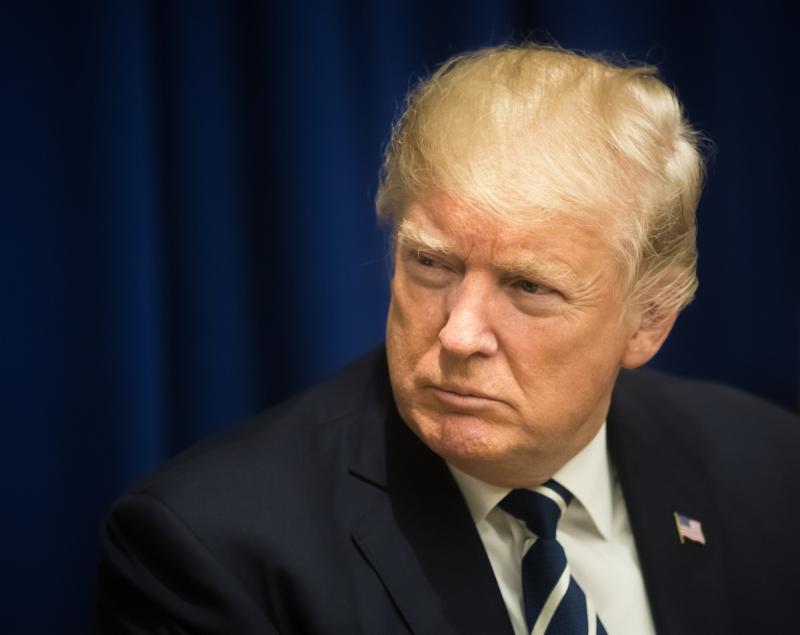 Jamelle Bouie: Anti-Abortion and Pro-Trump are One in the Same

According to a new opinion piece in The New York Times, being pro-Trump and being against abortion are two sides of the same coin. Jamelle Bouie opines that Trump’s defense of “traditional hierarchies” helped usher an era where strict anti-abortion laws are passing in statehouses across the nation. Bouie quotes a passage from “The End of White Christian America,” by PRRI CEO and founder Robert P. Jones to drive his point home. “Trump’s promise to restore a mythical past golden age — where factory jobs paid the bills and white Protestant churches were the dominant cultural hubs — powerfully tapped evangelical anxieties about an uncertain future.”According to Bouie, those anxieties are now manifesting across the country. “Never mind the jobs or economic growth, what ‘Make America Great Again’ looks like in practice is the imposition of social control on groups that threaten a regressive, hierarchical vision of the country,” Bouie writes. “MAGA is the Muslim ban; MAGA is child separation; MAGA is a woman in handcuffs for thinking she had the right to her own body.”

A recent episode of Sesame Street introduced viewers to Carli, a new character in the foster care system, who has “for now” parents. During the episode, Karli’s “for now” parents explain that they are keeping Karli safe until her own mother can do the same. Karli is part of Sesame Street’s new initiative, Sesame Street in Communities program, which provides resources for parents, teachers and other caregivers on a range of topics, such as foster care, parental drug abuse, and homelessness.PRRI data from 2017 showsthat Americans have mixed feelings about the success of the foster care system in their state. “Americans are closely divided over how well the foster care system is working in their state. Fewer than half (46%) say the system works somewhat or very well, while roughly half (49%) say it does not work too well or at all well.”

A bill has passed the Texas House of Representatives that would forbid the government from taking “adverse action” against any business or being affiliated with a religious organization. The bill first appeared after the San Antonio City Council voted to ban Chick-fil-A from a local airport due to the organization’s history of anti-LGBT rhetoric. “[The bill has] been cloaked in religious freedom, but the genesis, the nexus of this bill, is in hatred,” state Rep. Celia Israel (D-Austin) says.PRRI data shows that the majority of Texans (66%) remain supportive of nondiscrimination laws that would protect lesbian, gay, transgender, and bisexual people. Additional numbers showthat less than three in ten Americans say they have signed an online petition (28%), boycotted or purposefully bought something to send a message (25%).

Could Chicago Become the 51stState?

In recent months, a movement to remove Chicago from Illinois and make it its own state has gained steam. A growing number of Republican lawmakers in Illinois feel that the liberal city has too much influence over the greater positions and problems facing Illinois residents. As the areas around Chicago grow more liberal, the areas furthest from urban areas are digging into Republican causes. PRRI CEO and founder Robert P. Jones explains why urban areas are growing more liberal to The Washington Post.“For younger people, there’s evidence that people are moving to fit their ideological and cultural identity,” Jones says. According to Jones, this has been a long-term, multi-generation trend. Liz White quotes from recent PRRI data to explain this divide. “According to the PRRI’s 2018 American Values Atlas, the differences between Chicago and the rest of the state are stark,” White writes. “In Chicago, 53 percent of the population is white. In the rest of Illinois, that fraction is 73 percent. Roughly 28 percent of non-Chicago residents hold a college degree, while 36 percent of Chicagoans do.”