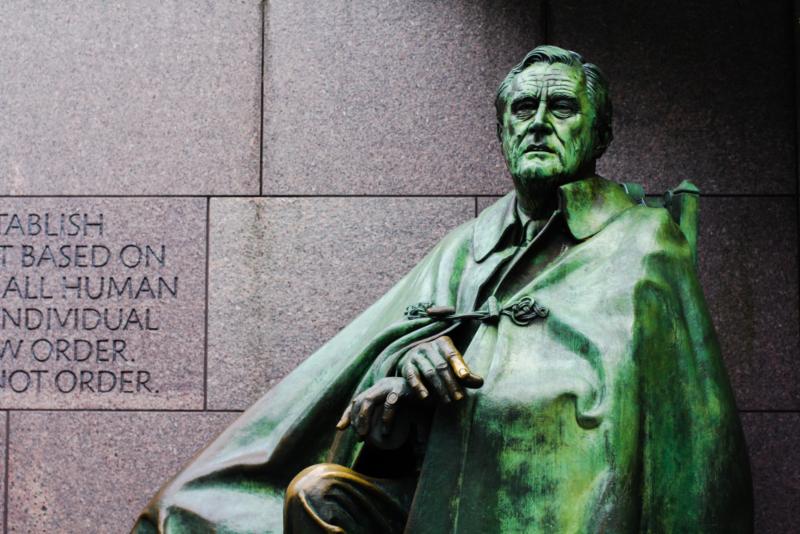 The Evolution of Socialism in American Vernacular

Over the prior two decades, anything to do with socialism had turned into something perceived as ugly and un-American, Geoff Nunberg writes for NPR. However, now socialism may no longer the “scare word” it once was. PRRI data shows that young people are more likely to think positively of socialism than older generations. Young Americans (age 18 to 29) are the most likely to define socialism as a system of government that provides citizens with health insurance, retirement support, and access to free higher education, with 58% agreeing with this definition. Only 38% of young Americans say socialism is a system where the government controls key parts of the economy, such as utilities, transportation, and communications industries. Republicans are more likely than Democrats to say that socialism is about government control of certain industries (54% vs. 36%). Nunberg writes of this disparity for NPR. “The fact is that most of the millennial fans of socialism don’t see the role of government that differently from the people who still call themselves progressives or liberals, though they tend to be more dogged about it. To conservatives, that just means that millennials don’t know the true meaning of the word socialism. Conservatives often seem to assign magical powers to that word — call yourself a socialist and you summon the specter of Stalin, whether you meant to or not.”

Readings from the Gospel of Kanye

From high atop a manmade hill, constructed for the event, rapper Kanye West led a spiritual gathering of musicians, dancers, singers, and preachers. On Easter Sunday, West brought his weekly “Sunday Service” to the Coachella Valley Music and Arts Festival. The New Yorker’s Jia Tolentino looks at how the event has evolved and questions whether it is simply an album-promotion tactic or if it’s the start of a new celebrity-focused religious movement with Tolentino speculating that this could be the prelude to West starting his own church. “Churches, these days, can be a glossy business proposition. Hillsong, best known for its celebrity-packed Los Angeles congregation—its pastor, Carl Lentz, famously baptized Justin Bieber in the N.B.A. player Tyson Chandler’s bathtub—pulls in more than a hundred million (mostly tax-exempt) dollars per year,” Tolentino writes. At their best, Tolentino argues, West’s weekly services give fans and worshipers a more unique way to explore their faith, at their worst, they become a vapid exercise in Instagram economics. “West’s audience—his curated guests, his festival acolytes—has been primed by our cultural moment to overlook the deep bleakness of invite-only worship,” Tolentino writes, “of a two-hundred-and-twenty-five-dollar bleach stained sweatshirt that’s supposed to promote God and Kanye at the same time.”